If it was easy, everyone would do it.
2018 ISSMA All-Music Award Recipient
​
27 ISSMA District Gold Ratings (Discontinued)

Performed at halftime at a 1971 Indiana Pacers ABA Basketball Game

Director John Aylsworth (1969 – 1994)
received a Honor Resolution from the
House of Representatives of the General Assembly of the
State of Indiana in 1995.

Nine Blackhawk Brigade Alumni have received degrees in Music Education and are have been music educators in the State of Indiana.

2014 WHAS11 Band of the Week Champion – Performed at the KFC YUM Center on Great Day Live! 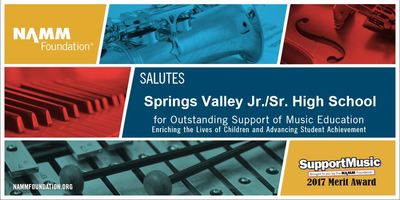